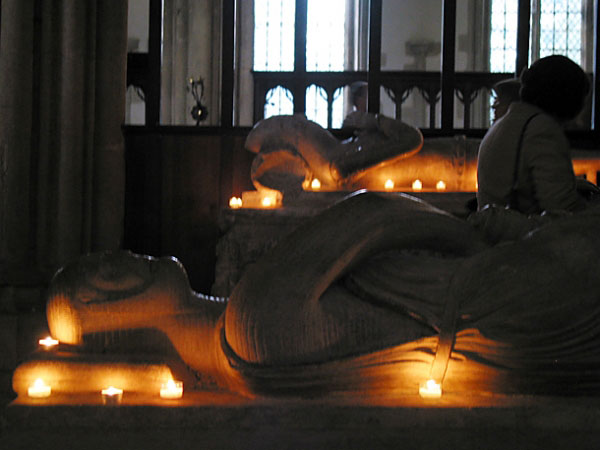 Thin Air was a site-specific sound installation for Dorchester Abbey, in which the movement of the audience triggered remote whispers of conversation, music and ambient sound.

Composer Helen Ottaway and sound designer Alastair Goolden were commissioned by Oxford Contemporary Music and Oxford Playhouse, in association with Dorchester Abbey, to make the site-specific sound installation Thin Air.  Housed by the whole of the building, the movement of the audience triggered remote whispers of conversation, music and ambient sound.  The two-week installation contributed to the 2007 Dorchester Festival.

Helen Ottaway is a performer and musician with a wide field of activity, nationally and abroad.  She has worked with Lumiere& Son, I.O.U., Graeme Miller and Insomniac.  A founder member of new music/performance groups Regular Music and 3 or 4 Composers, she has also worked for Salisbury Cathedral, the BBC and English Nature.  During 2009 she collaborated with the performance artist Franko B.