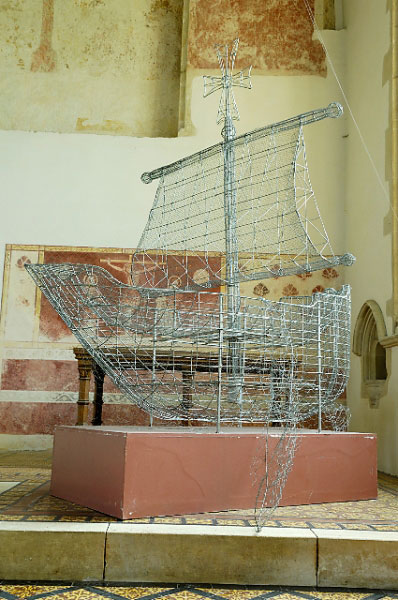 Three large wire-formed sculptures of a sailing ship, a minaret and a seven-branched candelabrum, or menorah, represent Christianity, Islam and Judaism.  They were originally presented in the courtyard of the British Library and were then installed for a period of months in Dorchester Abbey.

Carl Gabriel was born in Trinidad and came to England in 1964. While working as a sheet metal worker he trained in photography.  He is now a full-time carnival artist specialising in wire-formed sculptures which are presented in carnivals and other festival events.  He also runs educational workshops on the carnival arts.