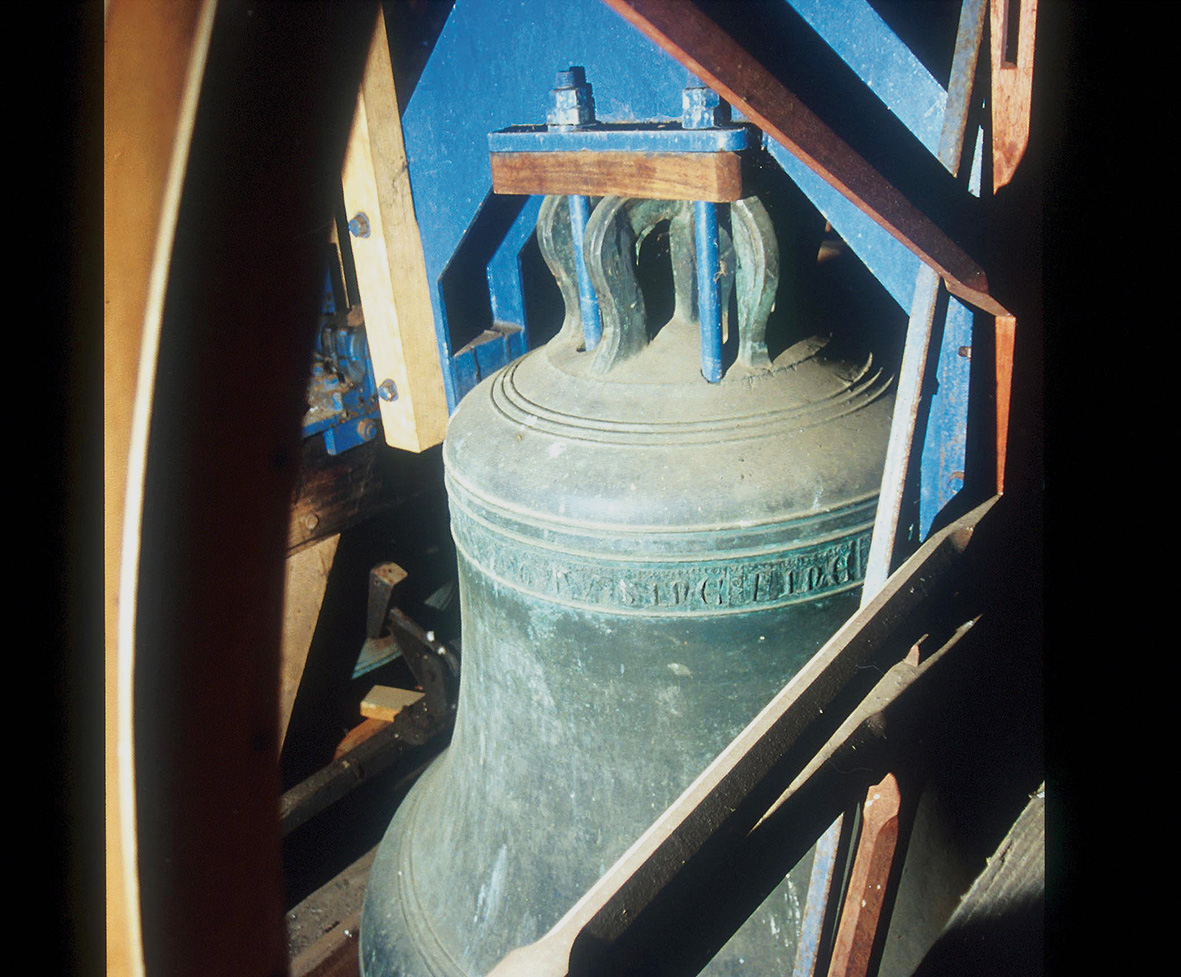 The English Art of Bellringing
Join our bellringers

Our ancient Abbey bells are famous for their tone, and the five oldest bells have a preservation order. This means that if they are ever damaged they cannot be recast, and if ever they become redundant they must be kept together as a ring and not rehung in several different towers.

The lightest bell in the tower is always called the treble, while the heaviest bell is called the tenor. In between, the other bells are given numbers down the scale. The eight bells of Dorchester, when rung in sequence from treble to tenor, come down the scale in the key of E flat. Since 1987, when the bells were lowered to the ground by bellhangers Whites of Appleton and sent for retuning at the Whitechapel Bell Foundry using modern technology, the harmonics of the bells have blended perfectly.

It is interesting that the third oldest of our bells, the 6th, was cast in 1591, just three years after the Spanish Armada was defeated (was it cast to celebrate the victory?). Then in 1602 the tower was rebuilt, to be followed the next year by the casting of the 4th bell and three years later by the 5th, in 1606 (the year after the Gunpowder Plot). The 3rd was cast in 1661, two years after the execution of Charles 1.

The Abbey bells, unlike many others, were not lowered to the ground during the second World War. They were not rung during the war, but they were to be ‘fired’, i.e, all rung together, not spaced, as a warning if an invasion occurred. Mary Tame, who still lives in the village, was one of the bellringers and she has not forgotten how hard it was to ring the bells in those days because they were on plain bearings. After the War, in about 1950, the bells were lowered, rehung and fitted with ball bearings. Immediately that took the hard work out of ringing them, and it remains a pleasure to ring the bells to this day. The next time the bells were rehung was in 1987 when, as well as having the bells tuned, the bells were quarter turned so that the clappers struck the bells in a fresh place thus avoiding excessive wear and risk of cracking.