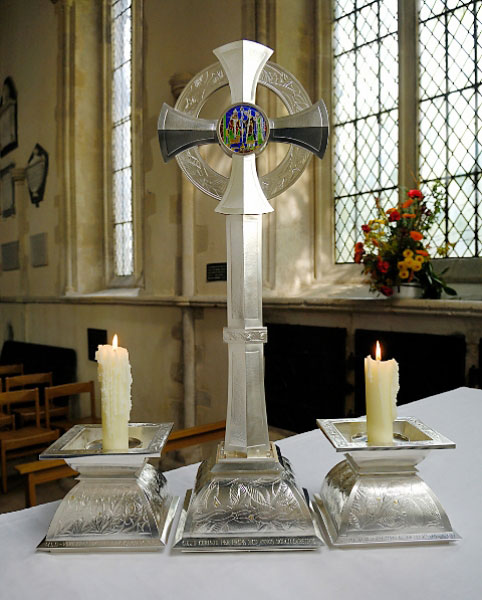 Rod Kelly is one of Britain’s leading silversmiths.  He was born in Reading in 1956 and after undertaking a foundation course in art at Lancashire Polytechnic he studied at the University of Central England and then at the Royal College of Art where he gained a Masters degree in silversmithing.  After working for three years in a studio in London in 1986 he moved to Norfolk where he continues to work from a studio he shares with his wife, Sheila McDonald, an enameller and jeweller.

Rod Kelly’s work is in many public and private collections, including the Victoria & Albert Museum, the National Museum of Scotland, the Crafts Council, the Fitzwilliam Museum in Cambridge and the Ashmolean Museum in Oxford.  In 2006 he was commissioned to design the new £2 coin for the Royal Mint to celebrate the work of Isambard Kingdom Brunel and in 2000 he received the D&AD Silver Award for the Most Outstanding Illustration and Graphic Design in relation to the first class stamp designed for the Royal Mail.