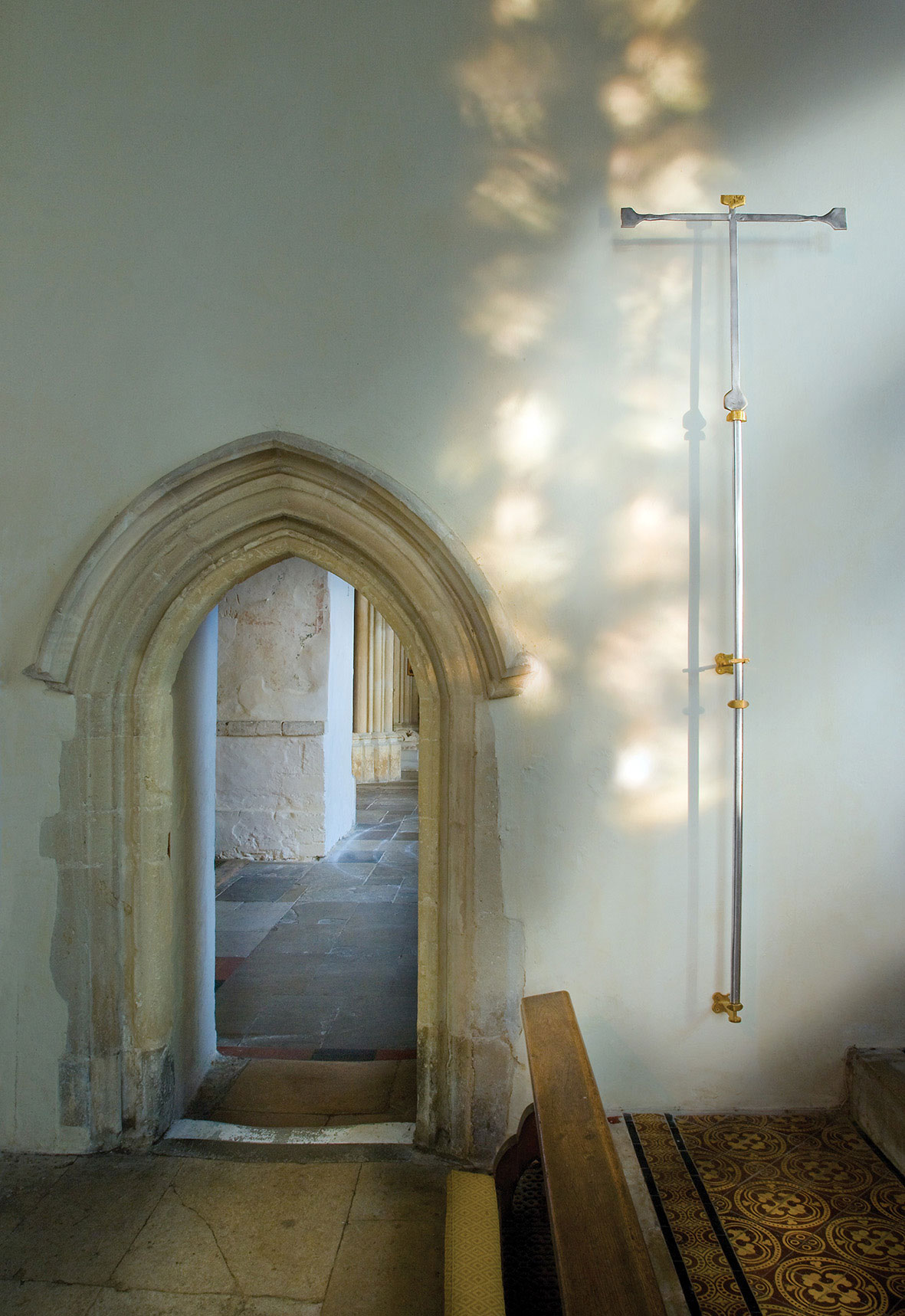 This processional cross was inspired by the medieval wall painting in the People’s Chapel of the Abbey and handmade from stainless steel.  The surface marks of its cutting, welding and forging act as expressive signatures of human pain and endurance, traditional elements of the Passion expressed in the iconography of Northern European Christian art.  It was given by the artist in memory of his late colleague, a member of the congregation, to whom it bears a dedication.  When not in use it stands in the People’s Chapel.

Born in London, Brian Catling is a poet, sculptor and performance artist.  His work spans the globe including Spain, Japan, Iceland, Israel, Holland, Norway, Germany, Greenland and Australia.  He founded the international performance group The Wolf in The Winter and his video work moves between gallery installation and narrative film. Catling’s permanent monument for the site of execution at the Tower of London was unveiled in 2007 and A Court of Miracles, a compilation of all of his poetry, was published in 2009.

He is Professor of Fine Art at The Ruskin School of Drawing & Fine Art, University of Oxford, and a Fellow of Linacre College