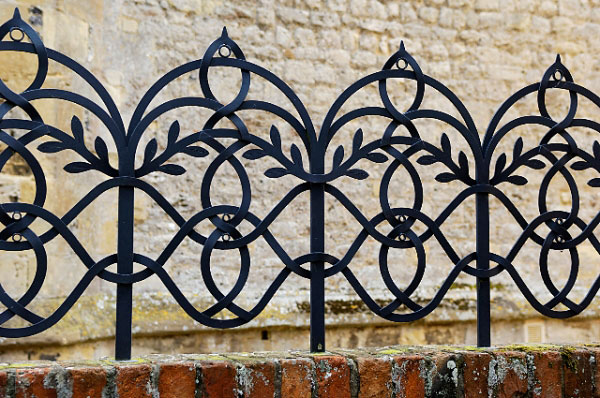 The wrought iron railings on the wall of the Abbey Guest House were commissioned from one of Britain’s leading blacksmiths, Richard Quinnell, as part of the renovation of the Abbey and its buildings in the early 1990s.

Richard Quinnell is a blacksmith who was awarded an MBE in 1989 for his role in reviving what had for several decades been a dying craft.  He has produced some of the most important ironwork of the twentieth century, including the gates to Shakespeare’s Globe Theatre in London, the coat of arms for the British Embassy in Rome and the gates to the National Ornamental Metal Museum in Memphis, Tennessee.  He founded the British Artist Blacksmiths Association in 1978 and, with his late wife Jinny, the Quinnell School of Blacksmithing in 1996.